Decorating Styles Around the World

The information below is from a variety of resources, international friends and the internet. Though American-style wedding cakes are slowly making their way into Europe and other countries such countries are hanging onto their own traditions. 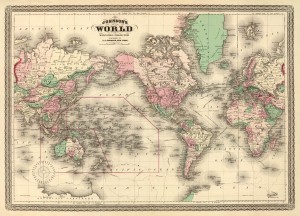 Japan: Many Japanese actually use imposter cakes at wedding receptions. Made of artificial  faux confections are iced with wax and feature a slot for the bride and groom to insert a knife. Believe it or not, some models have even been known to produce a puff of steam! Other cakes consist of elaborately frosted Styrofoam dummy cakes. While the dummy cakes are just for show, sheet cakes hiding out in the kitchen are cut and served to guests.

Korea: Many American-style wedding cakes would be considered too sweet for Koreans. They opt instead for a cake made of ground steamed rice covered in red bean powder. A tiered sponge cake covered in nondairy whipped cream is also a popular treat. 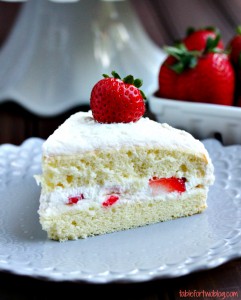 China: The traditional Chinese wedding cake is a massive, many-layered creation known as lapis Surabaya. The layers represent a ladder of success for the couple. Traditionally, the bride and groom cut the cake from the bottom up, starting with pieces for each parent and grandparent, who are all fed by the newlyweds. 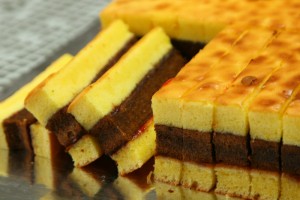 Great Britain: A fanciful fruitcake takes center stage at British weddings. Usually the cake is made with cognac-soaked dates, prunes, raisins, currants, and orange peel, to create a very moist cake. Popular frosting’s include marzipan, brandy butter, or fondant. And rather than saving a piece for their first anniversary, the British hang on to the entire top tier, called the christening cake, until the birth of their first child. 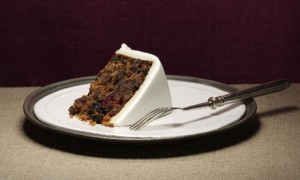 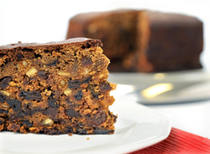 Caribbean: Caribbean couples traditionally feast on fruitcakes. The cake is often dark and filled with dried fruits and sherry, wine, or rum.

Bermuda: In Bermuda, it’s common to have a small cedar sapling top off a wedding cakes. The sapling is said to symbolize the couple’s growing love, and is usually replanted after the ceremony. If you’re having a traditional white wedding cake, consider ordering up a groom’s cake that reflects your heritage.

West Indies: Party guests in the West Indies pay for a lucky peek at the wedding cake hidden under a fine white tablecloth. Here a rum-laced fruitcake is the sweet of choice.

Germany:  German couples often serve  a rich nut or genoise sponge cake to their guests. The cake is usually laced with liqueur or syrup; filled with jam, marzipan, or nougat; and covered in fondant or ganache. Any use of artificial coloring on a cake is considered a major error. 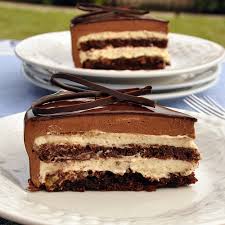 France: The French traditionally serve up what is known as a croquembouche. This tall tower of cream-filled pastries is coated in caramel and formed into a pyramid shape, and makes quite a statement. 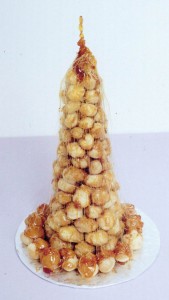 Italy: Wedding cakes are regional in Italy, and in some areas cake is not served at all. At those where they are, taste trumps decoration. In many areas, the custom is to serve a mille-foglia, an Italian cake made from layers of light filo pastry, chocolate, and vanilla creams, and topped with strawberries.

Lithuania: In Lithuania, the wedding cake is actually a cookie-like pastry shaped into a Christmas tree. Baked to a sunny yellow hue, the pastry, called a sakotis, displays fresh flowers and herbs protruding from the top peak.

Ukraine: Ukrainian couples share a type of wedding bread known as Korovai. Decorated with designs representing eternity and the joining of the two families, the bread is considered a sacred part of the wedding feast.

Norway: Shying away from cake altogether, Norwegians serve brudlaupskling, a type of wedding bread first developed when white flour was a rarity on farms in Norway. Any food containing wheat was once highly prized, so the wedding bread was considered a true treat. Topped with cheese, cream, and syrup, this unique bread is folded over and cut into small squares and served to all the guests.

Denmark: The Danish are known to feast upon a cornucopia cake. Made of almond cake and marzipan, the ring-shaped confection is decorated with pastillage and filled in the center with candy, almond cakes, fresh fruit, or sorbet. Sometimes marzipan portraits of the bride and groom are attached to the outside of the cake. To avoid bad luck, the newlyweds cut the cake together; all the guests must eat a slice.

Greece: Most Greek couples prefer a flourless almond cake, which is filled with vanilla custard and fruit, and covered in sliced almonds. The traditional rendition of a Greek wedding cake consists of honey, sesame seed, and quince, which is said to symbolize the couple’s enduring commitment to each other. Sourdough wedding bread decorated with beads and blossoms is also a traditional treat.

An American wedding cake is the traditional cake served at wedding receptions following dinner. In modern Western culture, the cake is usually on display and served to guests at the reception. Traditionally, wedding cakes were made to bring good luck to all guests and the couple. Modernly however, they are more of a centerpiece to the wedding and are not always even served to the guests. Some cakes are built with only a single edible tier for the bride and groom to share.

The frosted cakes are popular due to a large amount of cream. Cupcakes have a variety of different forms. As this is easy to make, it is one of the most common cakes people have. In modern society, the most popular wedding cake is called “Traditional stack cake”; “this is where each layer of cake – which can be a different flavors to the next layer – is positioned directly on top of the last”.  The Traditional stack wedding cake is similar to the traditional cake, both are filled with sugar or fresh flowers offer more visual impact and height.